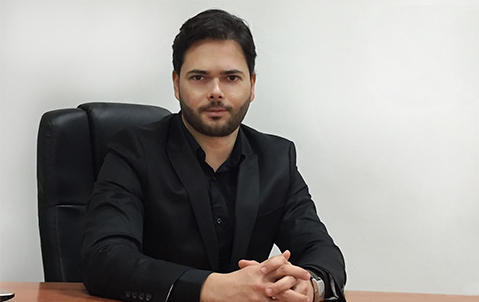 Juanjo has a degree in Physiotherapy by Universitat Ramon Llull (Barcelona) and since 2001owns ARAFER, a Physiotherapy and Osteopathy centre in Barcelona. Besides private physiotherapy practice at ARAFER, he also obtained working experience being a physiotherapist for independent healthcare providers and public healthcare centres during five years. In the course of that period, Juanjo also developed his teaching skills working as an internship monitor at Escola Universitària Gimbernat, Universitat Autónoma de Barcelona (UAB). Finally, he also worked as a physical therapist in sports facilities and in geriatric residences.

After a few years gaining work experience and following several postgraduate courses, including a postgraduate course on Sports Physiotherapy by Universitat Autónoma de Barcelona (EUIF Gimbernat in Sant Cugat del Vallès, 2003-2004), Juanjo decided to pursue further studies in Osteopathy. He followed a training program to be an Osteopath at Escola del Concepte Osteopàtic in Barcelona. During 6 years he followed a curricula conducted by the founding director of the school, Roland Lerilloux and a team that included some of the best osteopaths in Europe such as José Puren, Piere Delanois, Alain Ceccaldi, Jean Burnotte and J.F. Favre, among others. Has a degree in psyconeuroinmunoendocrinology and Orthomolecular Nutrition by Barcelona University with Xevi Verdaguer. On the other hand he obtained the MBA Business Administration degree and the Spezialization in Coaching and PNL certificate in ENEB Escuela Europea de Negocios en Barcelona (University Isabel I). Since then, he’s been continuously training in the field of Physical Therapy and Osteopathy, and currently works both at ARAFER and ARACAB.

- Postgraduate in Classic Osteopathy by The Institute of classical Osteopathy, Dorking, England, 2012

“Course on Management of Physiotherapy centres” at Col·legi de Fisioterapeutes de Catalunya, in 2005 (Certified by the Catalan Association of Physiotherapists)

Attendance to the Symposium “The Athlete’s foot” held at the F.C. Barcelona installations in 2004 (Accreditation Certificate)

Attendance and collaboration with the organising committee of “3rd Catalan sessions on postoperative and orthopaedic Physiotherapy: ligament injuries”. Recognised of health interest by the Catalan Health Service, and held in Santa Coloma de Gramenet, 2004 (Accreditation Certificate)

Attendance to the “2nd session on geriatric care in nursing and physiotherapy: aiming for a comprehensive care” Recognised of health interest by the Catalan Health Service, held in 2003 (Accreditation Certificate)

In addition to all courses and certifications listed below, Juanjo Aragón also holds the following titles: