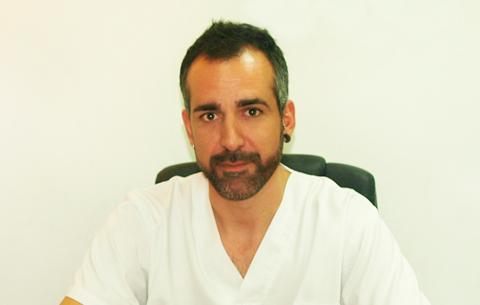 Vicenç studied a Physiotherapy degree at Universitat Internacional de Catalunya from 1999 to 2002 and the following three years he gained experience as a physiotherapist working in functional recovery centres, both at a private and healthcare provider level, combined with at home and geriatric physiotherapy practice and working as a physiotherapist at the thermal resort of Caldes d'Estrac (Caldetes), on weekends. In 2005 Vicenç founded TERMAN, a physiotherapy centre in Argentona, where he’s been working until nowadays.

After finishing his degree in Physiotherapy, he continued developing his skills by attending several postgraduate courses until he decided pursue studies in Osteopathy. He followed a training program to become an Osteopath at Escola del Concepte Osteopàtic in Barcelona during 6 years. The curricula was conducted by the founding director of the school, Roland Lerilloux, and a team of professionals that included some of the best osteopaths in Europe like José Puren, Piere Delanois, Alain Ceccaldi, Jean Burnotte and J.F. Favre, among others. Has a degree in psyconeuroinmunoendocrinology and Orthomolecular Nutrition by Barcelona University with Xevi Verdaguer. Since then, he continued his training in the field of Physical Therapy and Osteopathy and currently works both at ARAFER and ARACAB.

- "Postgraduate in Classic Osteopathy" by The Institute of classical Osteopathy, Dorking, England, 2012

- "Myofascial Trigger Points and treatment of myofascial pain syndrome” by Universitat Rovira i Virgili in Reus, 2005

- "Monograph course on Hockey injuries" by Club Egara in Terrassa, 2000